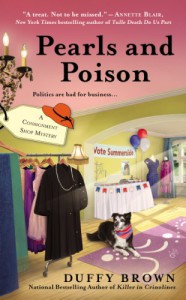 1/2 of this two star rating goes to Walker Boone as a thank you for existing as a character in this series.

What doesn't work:  Boy is this going to be a long list (and long review - I have rants!), starting and ending with bad story editing.

Page 94:  The scene is a fracas at a funeral home, during the viewing of the victim.  EMT's are called, but it's never explained why.  Then "the ambulance carrying Blanche motored off down Price"  That's the first time Blanch's name is mentioned and it's only ever mentioned twice more in the following few paragraphs.  The last mention does give us a last name, "Blanche Woodside again?" but that's it.  I have no idea who Blanche is or why the EMT's came, or why she was carted off in an ambulance, apparently at her insistence. I actually went back and re-read the previous 93 pages to figure out who the hell this extraneous character is, because surely I must have not been paying attention and missed her introduction.  Nope.  And she's never mentioned again.  So it's page 94 and I'm already pissed off because who the hell is Blanche!?!?!

At some point in time I remember hearing the following advice:  When getting dressed for an event, put on your jewellery and then remove one piece.  I can't remember who first said it, but I always thought it a smart way to avoid over-accessorising.  This piece of advice kept popping into mind while I was reading this book.  I think with very little alteration, it could also be a sage piece of advice for authors.  For this book in particular:

- Humor.  There are a LOT of funny scenes and lines in this book.  I love humour and almost require it in my reading, but Pearls and Poison felt like it was trying too hard to be funny too often.  It went beyond madcap and veered into desperate.

- Southern.  I also love me some Southern ambiance.  I'm from the South and I enjoy the idioms, the accents, all of it.  But again, the author took everything just that one step too far, and the reader is drowning in the overuse of cultural language.  If I read one more quaintly Southern exclamation I was going to snatch somebody bald-headed.

- Actions.  The characters spend a lot of time making the sign of the cross in this book.  I mean, a HEAP of times.  I was this -| |- close to buying the ebook version so I could do an actual count of how many times it was used.  Now I'm RC (sort of lapsed) and I'm not at all offended by the use of the sign of the cross for light hearted effect.  The first few times she did it I thought it was amusingly effective.  After the first 3 or 4 times, not so much.  After about the half dozen mark, it verged on insensitive and trivialising.

- Stupid nicknames.  The MC and assorted supporting characters call the murder victim "Scumbucket" or, most frequently, "Scummy" almost exclusively - we're talking 95% of the time.  It's not only a stupid character device, the chosen nicknames are just stupid, uncreative, and childish.  What are we, 10 years old?

Let me be clear, all of those items above (except for the stupid nicknames) were effective, positive aspects of the book - or at least, they would have been had the author used them judiciously.  If she'd only removed that one piece of jewellery, this story would have been a fabulously entertaining read.  As it was, this story is just WAY over accessorised.

Next, (and this is something the author has a habit of doing in this series) is a complete disregard for reality as it pertains to legal matters.  In Pearls and Poison, it's slander/libel laws.  The MC's mother (a judge!) is running for alderman and her opponent not only runs around town making up completely false stories about her, but he comes into her campaign headquarters and boasts about the speeches, commercials and press conferences he has planned where he's going to spread more falsities.  And the JUDGE does nothing!  Well, sorry, apparently this is supposed to give her adequate motive to kill him.  As opposed to say the more rational actions of injunctions or law suits.  Gah!

Last, but certainly not least, the final climactic scene.  I suppose I'd better put it in spoiler tags, because it is rather plot related.

Reagan stumbles upon the murderer, who ushers her into a room where she finds Boone tied up to a chair.  I've gone back and rechecked: he's definitely tied to a chair.  The murderer confesses all including how he's going to kill them and bury them with the Yankees in the basement, and then Boone is suddenly "decking him with a solid left hook".  Nobody untied him, yet here he is, decking the bad guys!  It's magic!

I'm going to wrap up this excessively rant-y review by saying the plot was actually a really, really well constructed puzzle.  Suspects, clues, twists, and a surprise bad guy.  A genuinely great mystery.

This series frustrates me;  I really like the bones of it, which is why I keep reading each new book.  But the author just piles too much on top.  It's a deep fried Snickers bar with bacon, hot fudge, whipped cream, cherries and sprinkles, when really, the Snickers bar is delicious all by itself.