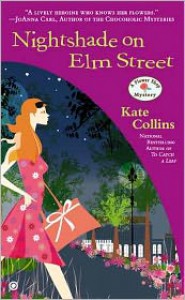 I don't know if it was just the mood I was in, or if the book just wasn't doing it for me. I usually like the later books in this series, so I'm going to give the benefit of the doubt and say it was my mood.

I can say, categorically, that I can't stand the character of Jillian, Abby's cousin. This woman supposedly has a Harvard degree but by all signs is as stupid as a rutabaga. Seriously, seriously stupid, and not nearly as funny as I think the author is shooting for (at least not to me).

Otherwise, this book has great characters and an interesting plot with a mystery that wasn't obvious. Lots of suspects, a surprise in the middle, and a few red herrings. Abby becomes TSTL towards the end of the book, but as 75% of the heroines in cozies usually do, you can't fault her too much for it.  Fans of the series will enjoy this one.