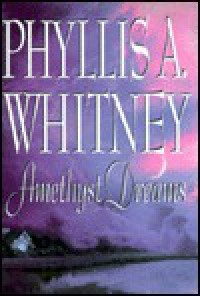 Like a lot of other authors who write romantic suspense, Whitney was very hit and miss.  Most of the misses I've read are the ones she wrote in her later years, and this isn't an exception.  The woman could still write well - her island setting came alive - but the plot was soft and sentimental, and the resolution was not a resolution at all.  In fact it was completely unrealistic, unless the poor dead woman meant less than nothing to her family.