Try a flavor of Kit Kat other than chocolate and report back if you liked it.

As one of the co-hosts of the 24 Festive Tasks, I can lay claim to a fair few of the tasks, but this one was all Mrs. Claus' Tea House, and the timing was pure serendipity.  Melbourne's central shopping area has a Kit Kat Chocolatory: a shop devoted to the more exotic Kit Kat flavours.  I'm rarely in the city shopping mall, and when there I've always given it the shop the side-eye, but I had to go to the mall to pick up my camera before leaving on holiday, and the Kit Kat task was just the excuse I needed to visit the Chocolatory. 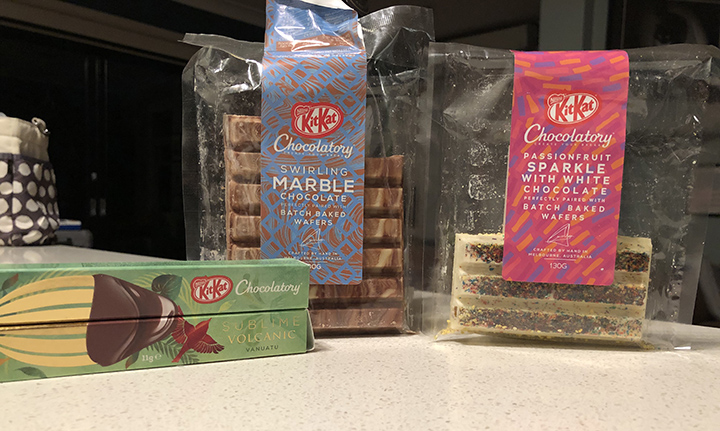 I ended up with 3 varieties - and keeping MT from hoovering them down before I could document them was, as you can see, a challenge.  Only one of my selections strictly adheres to the task - the Passionfruit Sparkle with White Chocolate.  I will say the swirling marble chocolate was ok, nothing great, and the Sublime Volcanic - which I bought because we were going to Vanuatu and these are made using their chocolate - was basically a rich, dark chocolate Kit Kat.

But on to the Passionfruit Sparkle with White Chocolate.  This was, by far, both our favourites, though I had some reservations going in.  I don't generally like white chocolate, and I'm philosophically challenged by sparkles.  There was some mystery yellow crunch bits on the bottom, too, but the passionfruit makes it all work.  I would definitely buy these again. 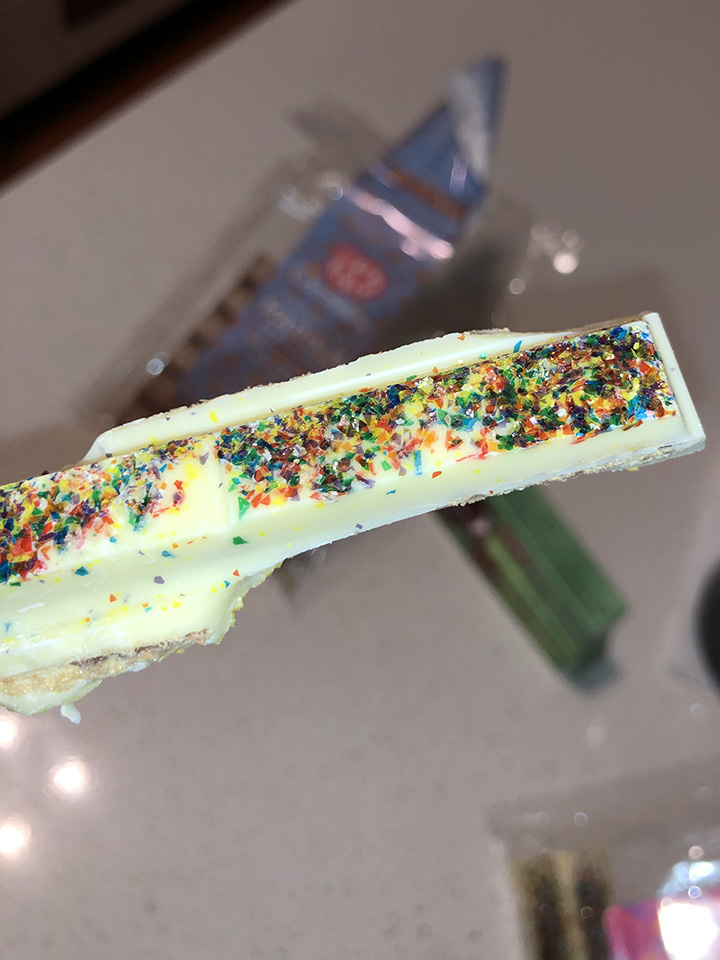 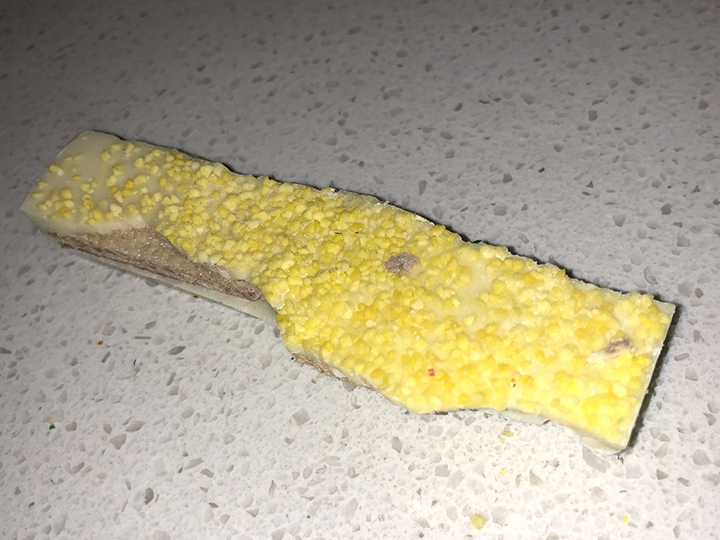