What I've been doing when I should have been reading: dull, but mercifully short

As I mentioned in my Halloween Bingo post, MT had to move his office. The TL;DR version is his current office of 25+ years is in a building that changed management, and they're not renewing anyone's leases if they had street frontage.

Luckily, as his business has a LOT to do with his location, he found a new place about 80m/90yards down the street.  Not so luckily, it was a mess and had to be gutted at our heart-stopping expense (long story too, not interesting at all).  To save some money, we took on some of the work ourselves, which led to my 6-week stint as a drywaller, painter, and patcher of all holes (and they were/are legion).  The work is still not done, but today was moving day, so everything from here falls under the category of "touch ups" - including, apparently, the entire front door.

Anyway, since I've been whinging sporadically about this, I thought I'd share a couple of before and after pics, specifically of the entry: 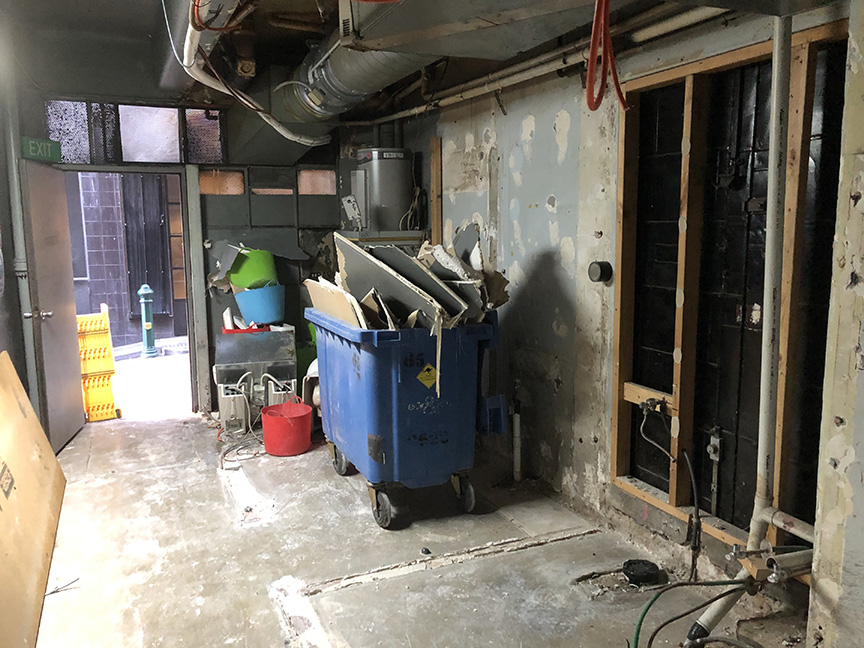 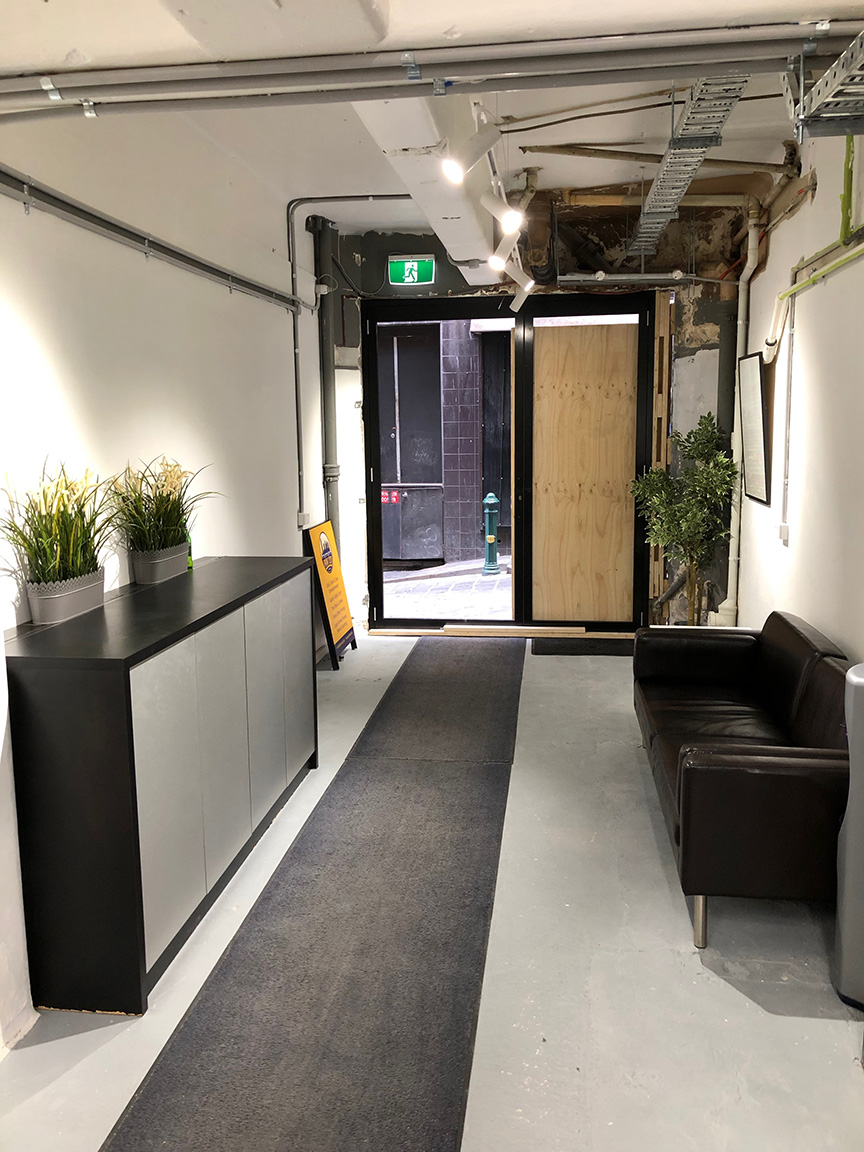 Still a little blah, but they aren't near finished.  Just know that those walls on the left and right are the ones that I spent most of my time repairing.  I'm emotionally invested in those walls.  Those walls and I have bonded.  Also, you can see the lovely avant-garde interpretation of a front door, rendered in early Australian plywood.  No locks needed, just a hammer drill, a ladder and a few large screws.  (Because the builders didn't order the glass for the doors until last week, and it won't arrive until Tuesday.)

And just an overall idea of the mess we started with: 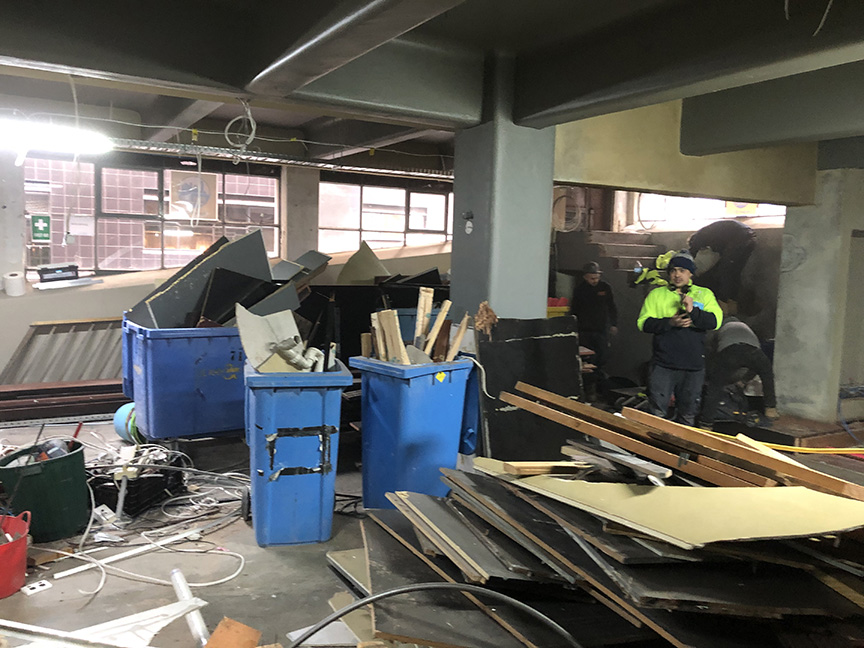