Not a Betty, but incredibly special nonetheless...

I mentioned in the comments on one of my other bee posts about my surprise find of another type of bee in my garden - one I thought was gone for good - yesterday and BrokenTune and Themis-Athena were nice enough to request pictures of it.

This is the Blue Banded Bee - a solitary bee native to Australia.  She's not only (in my opinion) adorable, but she's also a "buzz pollinator".  Some flowers, like the tomato flower, only release their pollen when the flower is vibrated rapidly – ‘buzz-pollination’. Bees capable of buzz-pollinating clamp their legs onto the anther cone of the flower and contract their flight muscles so vigorously that the pollen is released.  It makes a VERY distinctive, high pitched, buzzing sound, totally unlike honey bees.

These darlings live in one-bee nests in soft earth or clay, so they're very susceptible to any changes made by humans, so when I didn't see my blue banded buddies in the garden this year, I concluded they'd had their homes destroyed by someone digging in the area. So imagine my delight when I went to check on an ailing Japanese maple and found her quietly resting on a branch!   She's not as bright blue as some of her sisters (google blue banded bees to see some stunners!), but I think she's gorgeous anyway.  :) 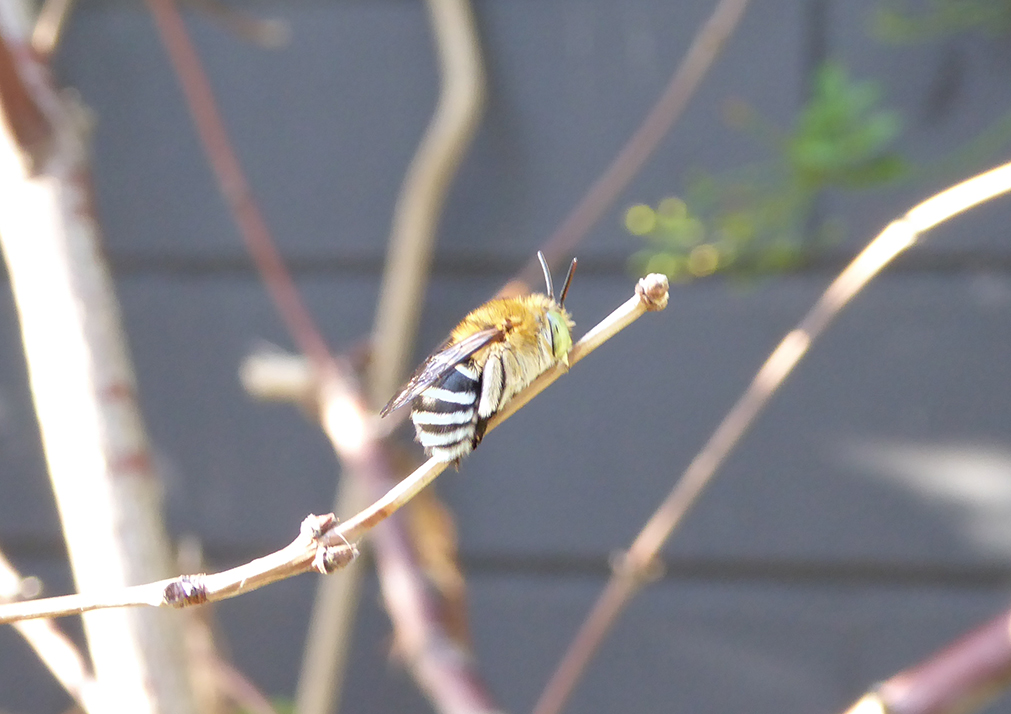 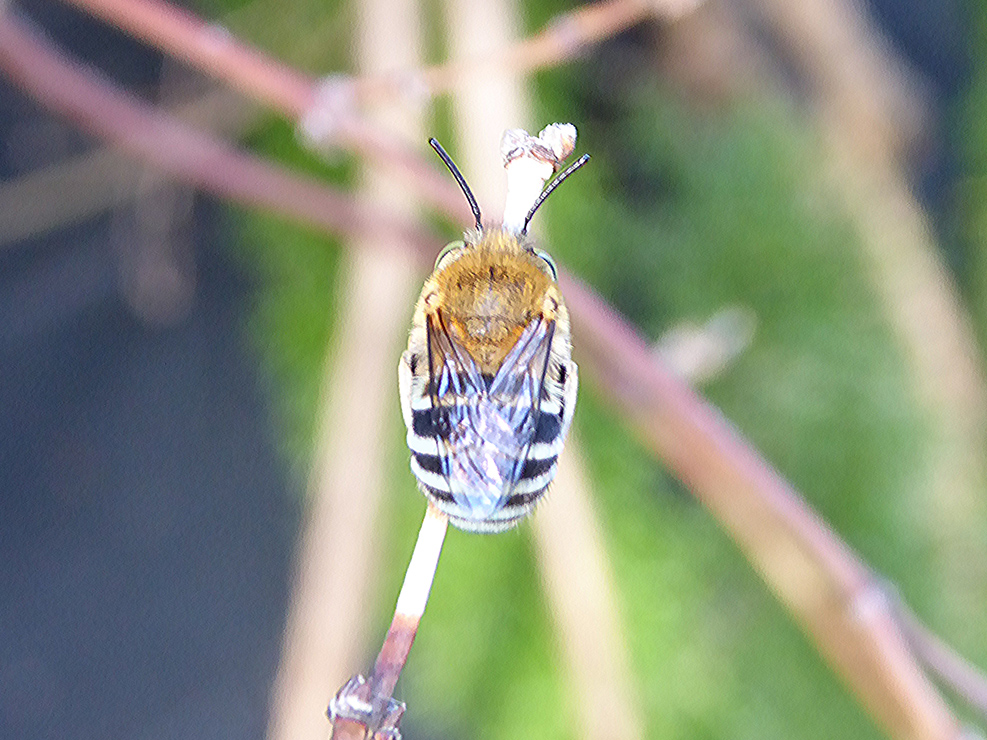 And one last shot, so you can see how amazing her eyes are: 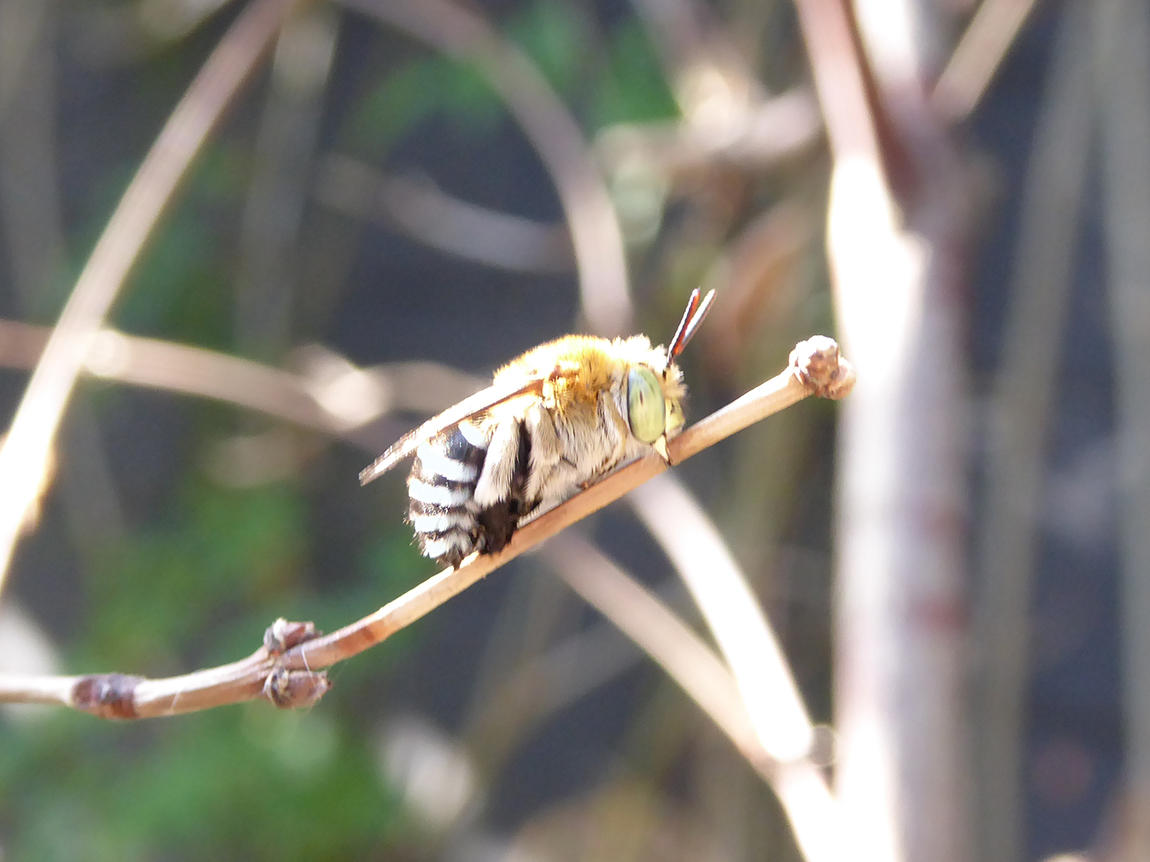 It's times like these I feel how lucky I am to live here.  But now I'm off the battle traffic, so I'll get over feeling lucky in about 20 minutes,  ;-)