We Wish You a Merry Murder (Susan Henshaw Mystery) 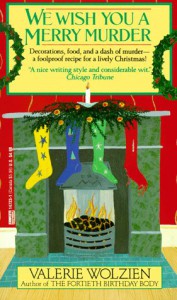 This is from an old series, published back in the late 80's / early 90's that I read when they were new.  At the time I was in my very early 20's and I vaguely remember that the writing was ok, but overall not very interesting.  I definitely wasn't the book's demographic at the time.

Recently, I saw this one for sale and snagged it wondering what I'd think of it now, all these years later and I'm happy to say it wasn't a wasted purchase; a mystery centering on 40-somethings, oddly enough, appeals to me more now that it did then.

Susan Henshaw is a married, upper-middle-class suburbanite, desperately trying to get ready for Christmas while juggling her two teenaged kids and a mother-in-law that arrived a week earlier than planned.  Her best friend, Kathleen, is a former cop, newly married and in a much higher tax bracket, trying to negotiate a new town and social strata while dealing with a visit from her own mother.  Together they get involved in the mystery surrounding a murdered neighbourhood man whose body disappears right after it's discovered, leaving his ex-wife implicated in the crime.

It's a great mystery plot - really convoluted but in a way that makes complete sense at the end.  The writing is solid, too, although my recently purchased copy is an ARC, and absolutely riddled with continuity errors - I'd like to think they were caught before publication, but I did ding the story 1/2 star, regardless.

Were I ever to stumble across the other books in the series, I'd definitely snap them up; it's been so long since I've read them that I've forgotten all the pertinent details of the mysteries themselves.  It would be like discovering them all over again.

Book themes for Mōdraniht: Read any book where the MC is actively raising young children or teens. 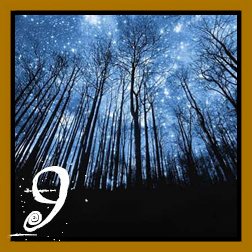