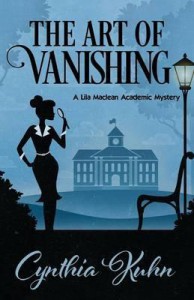 Good, but not great; I thought the first book showed a lot of potential because I liked the setting, I liked the characters and I liked that the author wasn't trying to make everything cute.  It exceeded my expectations, which have, admittedly, been lowered dramatically by the dreck published en masse the last few years.

What I liked about this, the second one:

*  It's a mystery, but not a murder mystery.  This isn't uncommon in the mystery genre, but it's not mainstream either so it feels fresh.

*  The continuation of a narrative that doesn't feel overly melodramatic: Lila is just trying to get through her days.

*  No TSTL stuff.  Lila isn't running around trying to act like Nancy Drew and interrogate everyone; she just pays attention and thinks.

* I liked the plot twist; when I read it I started to think "same old, same old" but she did something a tiny bit different that really didn't matter much in the scheme of things, but again, gave it that tiny bit of freshness.

What wasn't so great about The Art of Vanishing

*  What's up with this trend of needing to have an over-the-top nasty nemesis?  How is it that in the current age of anti-bullying authors seem so hot to include cartoonish bullies in every book?  And Lila gets two of them - two nemesis (nemesii?) is surely two too many.

These are short and I think, better written than most of what's out there currently.  I hate the cliche of the love triangle but I'll give it one more book to see if - hopefully - the author is just dangling it there as a red herring.