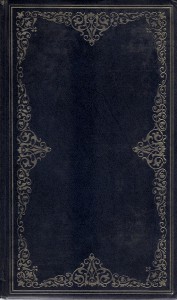 As BrokenTune mentioned in her review here, this was a buddy read we did together after discovering we had each bought the exact same edition in charity shops on opposite sides of the world.  Thank goodness I had her to buddy read with, because I'm not sure I'd have finished it otherwise, and that would have been my loss.

This book was laborious.  There were moments when I would have believed the damn thing was continuing to add pages to itself as I read it.  The book switches POVs throughout, and that helps - I can't imagine it told from a single POV - but I still struggled to pick it back up.

I found the characters in the first epoch exasperating; Walter Hartwright was just so hopelessly romantic.  And by romantic I mean a melodramatic Byron wannabe.  Laura, the character the whole story revolves around, actually left very little impression on me at all, and her sister Marion, of whom I expected strong, rational sense from, let me down when the story's POV switched to hers.

The second epoch was the worst for me though. Marion becomes more the character I expected her to be and I really liked her, and Hartwright was thankfully absent, but the second epoch was all about winding up the tension; subtle, brilliantly done foreshadowing and a slow build up to the inevitable Terrible Event.

Most people relish this part of the story – that sense of dread anticipation.  I am not most people.  The second epoch nearly killed me: I could recognise the brilliance of the writing and story telling but at the same time, just get it over with already!  I had prepared myself for Percival being a nasty piece of work; the more obsequious he became in the first epoch, the more obvious it was to me that he was going to be an ass.  Fosco though, Fosco was truly the villain in this tale.  The more he smiled and sided with the women, the diabolical he became.  This was the part I had to make myself read.

The third and final epoch was for me the best one because now things were getting done.  The climax of the story, the biggest plot twist (which I did guess before it was revealed) is over with and the third epoch is about fixing things; making the villains pay by searching out and revealing their secrets.  Hartwright's time away did him good and he's not nearly the twit he was in the first epoch; he becomes a believable hero.  Laura just got on my nerves; her special snowflake status from the start makes it hard to properly sympathise with her for her truly horrible experiences in epoch two.

Percival's comeuppance was all about the chase; lots of action, and a secret that when revealed didn't sound like it was worth all his efforts at concealment until the author makes us aware that at the time it was a capital crime.  His final confrontation was excellent though; I didn't see that coming.   But Fosco, Fosco is revealed to be the true threat, the real evil genius.  If Doyle's Moriarty wasn't strongly influenced by Collins' Fosco I'll eat my socks.  At the same time, I got the strong sense that Collins had the most fun in creating Fosco; I'd dearly love to know how much of himself he put into his mad creation.  Fosco's character was just so different in every way to all the others that by the end it felt like the rest of the story was created merely to give Fosco reason for existing.

Both final acts failed to surprise me:

too much attention was made of the scarred man for him to be background, and no way could any author from this time period walk away from a fortune and a title, even on behalf of their characters.

but it was a satisfying ending nonetheless.  A brilliant read that I'd recommend to anyone interested in a good story.  So many of the tropes and plot devices used today came from authors like Collins and it's worth reading if only to see them done by a master.  But it's definitely not a quick read.