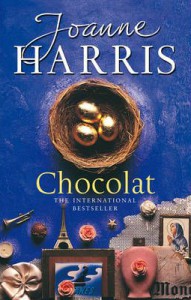 But I saw this at a church's used book sale a couple of weeks ago and snatched it up through the haze of book-buying lust and vowed to finally read it.  It's one of those rare gems, like Harry Potter and the Philosopher's Stone, that achieves a level of parity between book and movie adaptation.  Not exactly the same; there's a level of pragmatism and uncertainty and even a depth of madness here on the page that wouldn't have translated well onto film.  But close enough that I lost that feeling of dread about half-way through and just enjoyed the story and the writing.

I deducted one star for a complete lack of medical knowledge:  my father, a best friend and another best friend's son were/all diabetic.  To the best of my knowledge, diabetic coma only occurs when blood sugar is too low, not too high.  Too high and the sugar crystallises in the body, causing the kidney and eye problems so common in long-term diabetes, but too low and the brain starves, causing seizures, coma and death.   High blood sugar is treated with insulin, not low; giving insulin to a diabetic with low blood-sugar would ensure their death.   In addition, insulin isn't injected into the crook of the elbow: insulin must be administered where there is a layer of fat - the thicker the layer, the better.  So, the stomach, or the upper thighs.

Medical nit-picking aside, it was a great book and I'm glad I finally braved the reading of it.