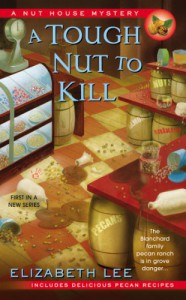 Well, it just goes to show.  A GR friend of mine, whose taste is so close to mine I'd have called her recommendations close to infallible, loved this read.  She's never steered me wrong, and I already had it on my TBR pile, so when I saw that she 5 starred it, I decided I'd pick it up next.

This will be the exception that proves the rule.  Because I disliked this book.  A lot.  The MC could have been likeable; I love her background in horticulture and bioengineering.  But she's so busy throughout this book running around reacting to everything, we never really learn much about her as a person at all.  Her Grandmother, Miss Amelia, is a pivotal character, but she's so busy telling everyone how wise she is, how much life experience she has, she just irritated the fool out of me.  Not to mention she spent a good deal of time contradicting herself; often within the same paragraph.  The dialogue just did not work for me all; it felt disjointed and overdone; jerky.  Too much "we're from Texas", too much verbal strutting.

The plot was sadly transparent.  The author didn't introduce enough characters for there to be any real mystery.  If the reader operates from the premise that the family is innocent, there's really only one option.  But the author did tie old crimes and new together well, and she did build up a certain amount of suspense towards the end.  I appreciated the total lack of TSTL moments, and I liked the way she crafted the ending.

I'm going to call out the editing too, while I'm at it.  In one scene they are waiting at the jail until "almost 3pm" then go off to visit/interrogate a neighbour, who answers the door with "I never expected Blanchards at my door this morning."  Also, throughout the first part of the book there are multiple references to her father being dead 2 years, then half way through it's suddenly 5 years.

All in all, I got no enjoyment out of this read.  But it does seem to work for other people whose opinions I trust, so I'll leave it with: Your Mileage May Vary.