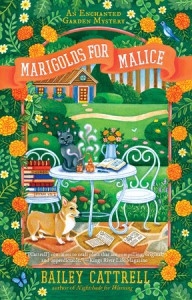 The series name implies a cutesy factor in these stories, but thankfully, there isn't.  Even the brief mentions of fairy houses the MC has throughout the garden have a more mysterious, spooky edge to them.

While getting ready to open their town's historical museum, the Greenstockings (women's business organisation) finds a sealed up butter churn they believe is a time capsule.  During the opening ceremony, they find a number of items from the gold rush days, including a rather sizeable nugget.  Later the night, the local historian is murdered in the museum with all the items stolen - except for the nugget, which had been taken by the police to the bank.

While the mystery goes in unexpected and interesting directions, the murderer was telegraphed by the author from their first appearance, so the ending held no surprises for me.  It didn't keep the story from being interesting though; the plant lore sprinkled throughout, and the solid female friendships, as well as the low key romance, all held my attention and kept me reading.  There were some bits that didn't work so well here and there; parts that felt awkward, as if the editor added them to 'zest' the story up, but they were mercifully brief.

An enjoyable read by a reliable author; I always look forward to the new release notices for these books. 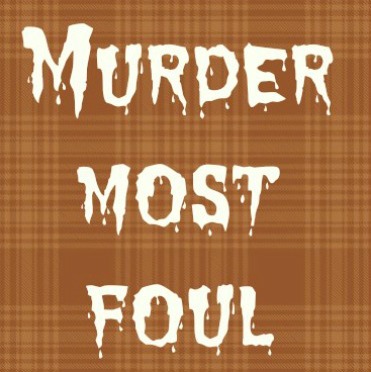