MT and I wrapped up our Florida trip with 2.5 days in Key West.  For those that might not be familiar with Key West, it is the southernmost spit of island off the tip of Florida; only about a mile wide and where the Atlantic meets the Gulf of Mexico.  Cuba is only 90 miles south and it is claimed that on clear days you can see it (it's never been that clear when I've been).  Key West is known for being the place that rogues, bootleggers, drug-runners (the none-ruthless ones that never got rich from it), and quirky people go to retire.  It's beautiful, but a tiny bit seedy and they take great pride in their independent spirit.

Hemmingway owned a house in Key West and inherited via gift from a sea captain in port, a cat named Snowball.  Snowball had 6 toes, wasn't fixed and had the run of the house.  Snowball begat a line of 6 toed cats that continues to this day (albeit in a controlled and careful manner - most of the cats are neutered).   Cats are revered at Hemingway House and currently there are 57 in residence (not all of them 6 toed or descendants of Snowball).  All of them named after famous people.

The house and grounds: 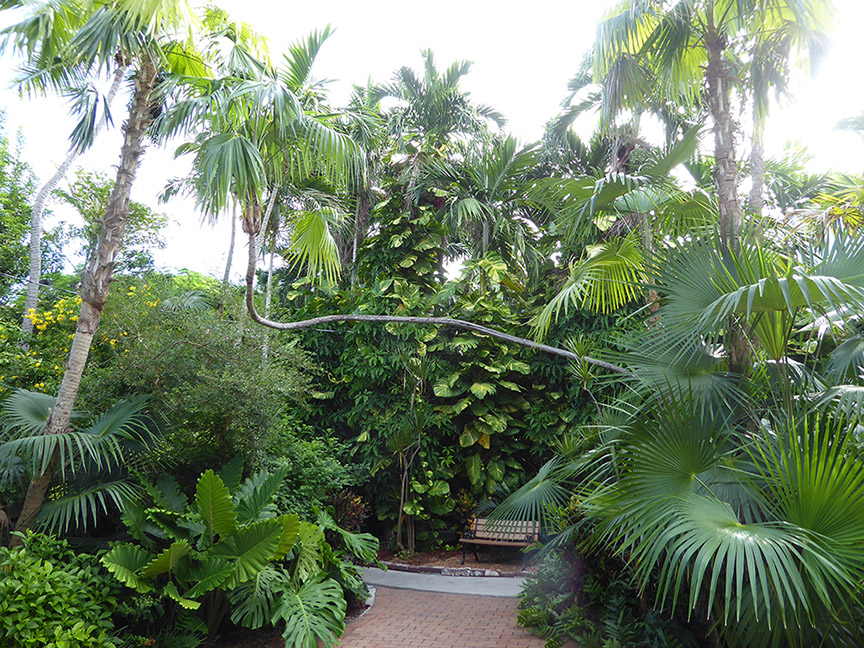 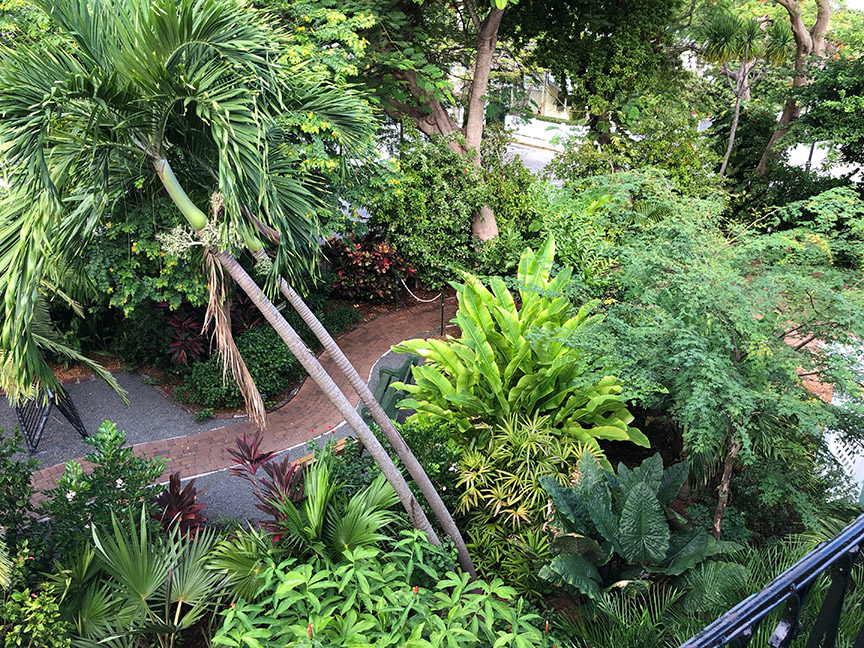 Check out that palm tree in the center of the first picture - the one that's growing horizontally; that's what palm trees are famous for - they grow whichever way the wind blows. 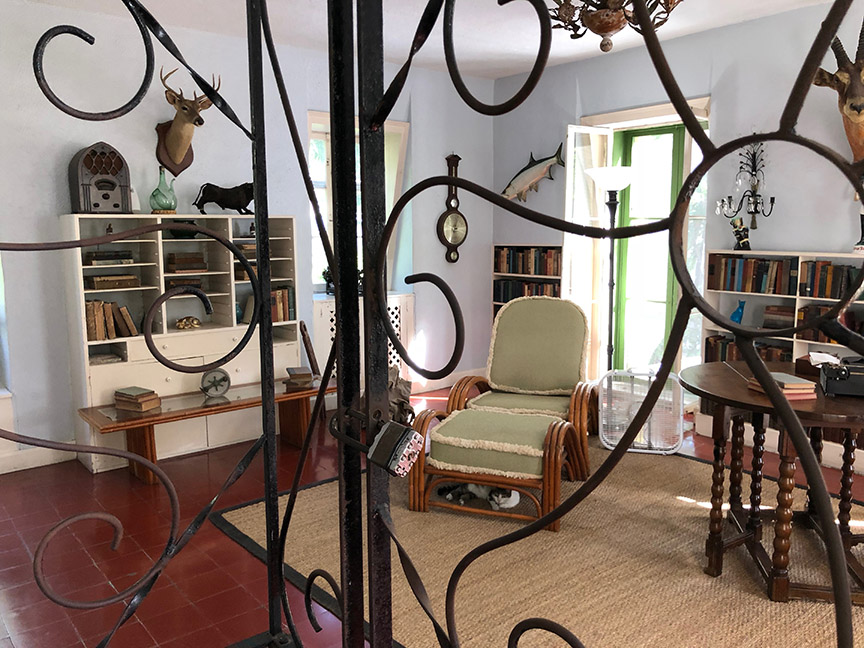 His writing studio - note the cat under the footstool. 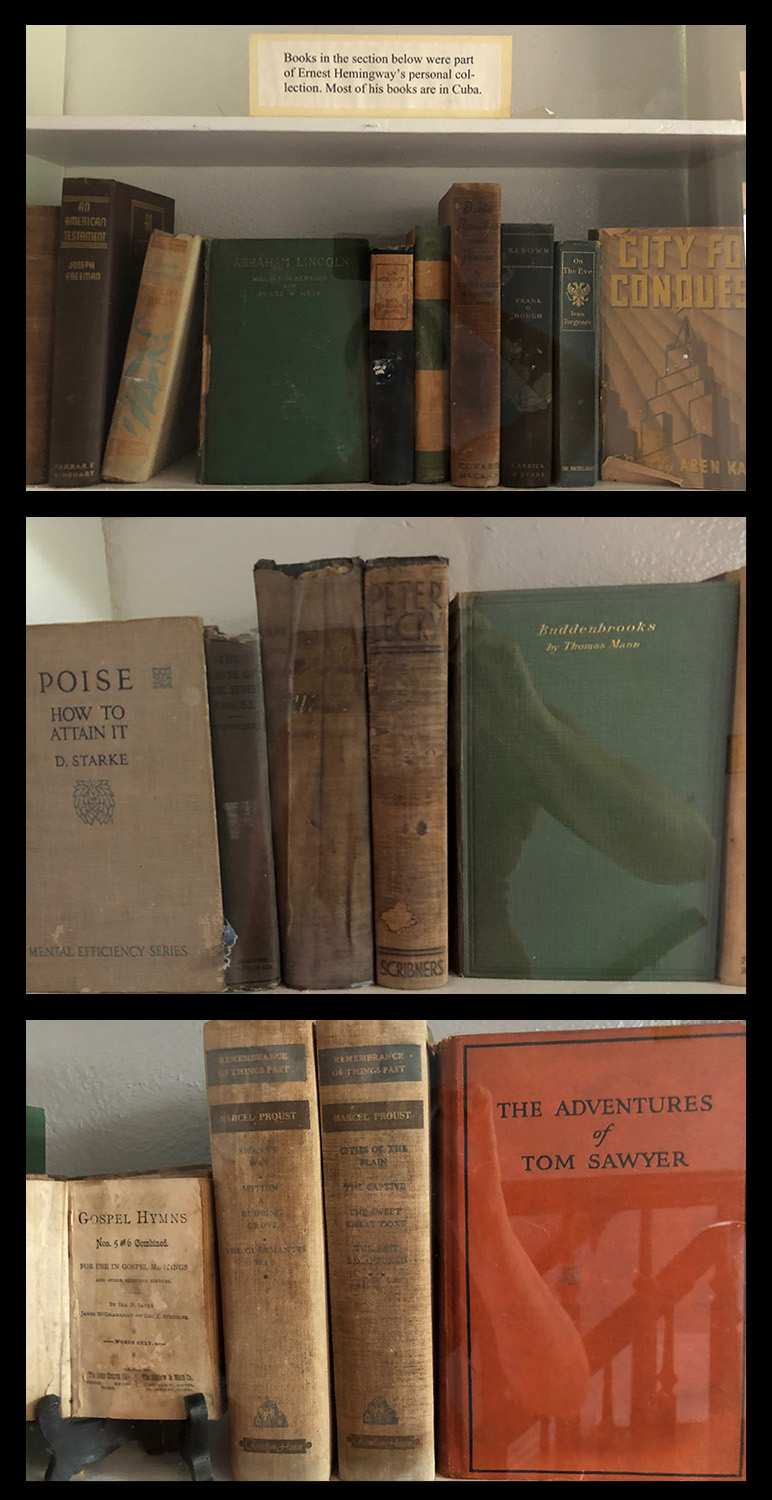 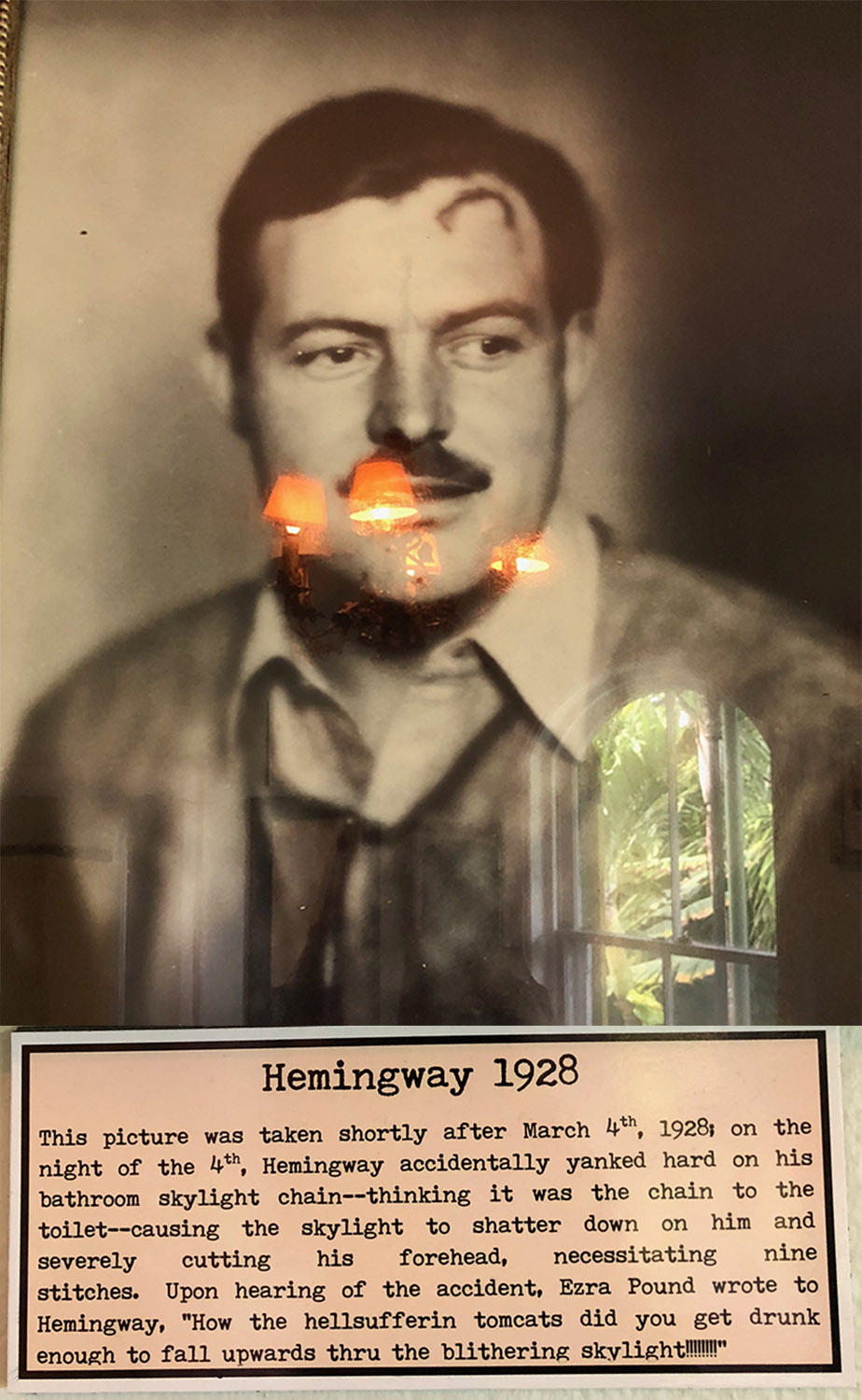 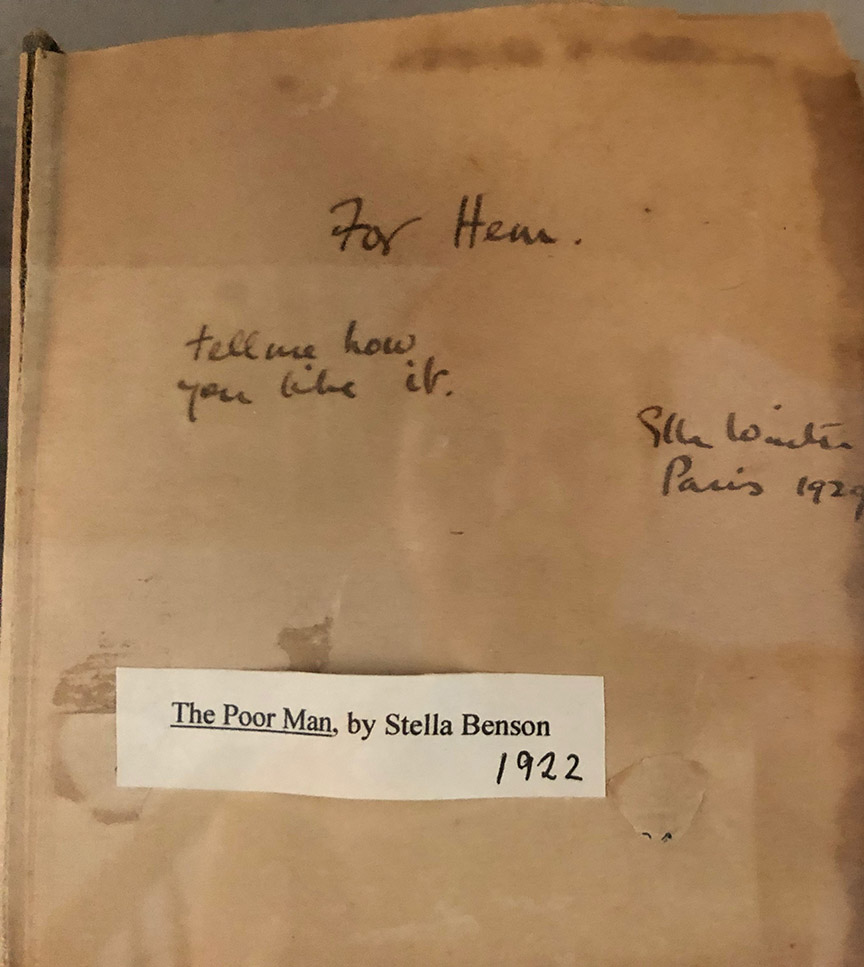 Embarrassingly, I read this inscription in a completely different manner than the one she probably meant.  Or, maybe not.  He was a rogue, after all.  ;-)

Some of Hemingway's books (most of them are still in Cuba), and a very, very bad picture of his portrait, which I included so you could see the scar on his forehead, and (hopefully) be able to read the card underneath. 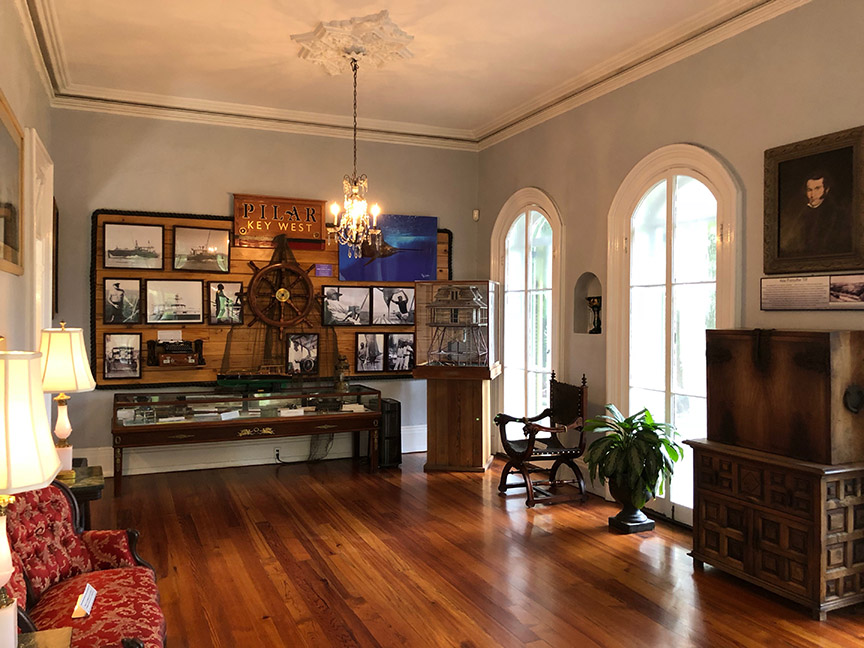 His study in the main house.

And finally, just a few - a very few of the 'famous' Hemingway cats: 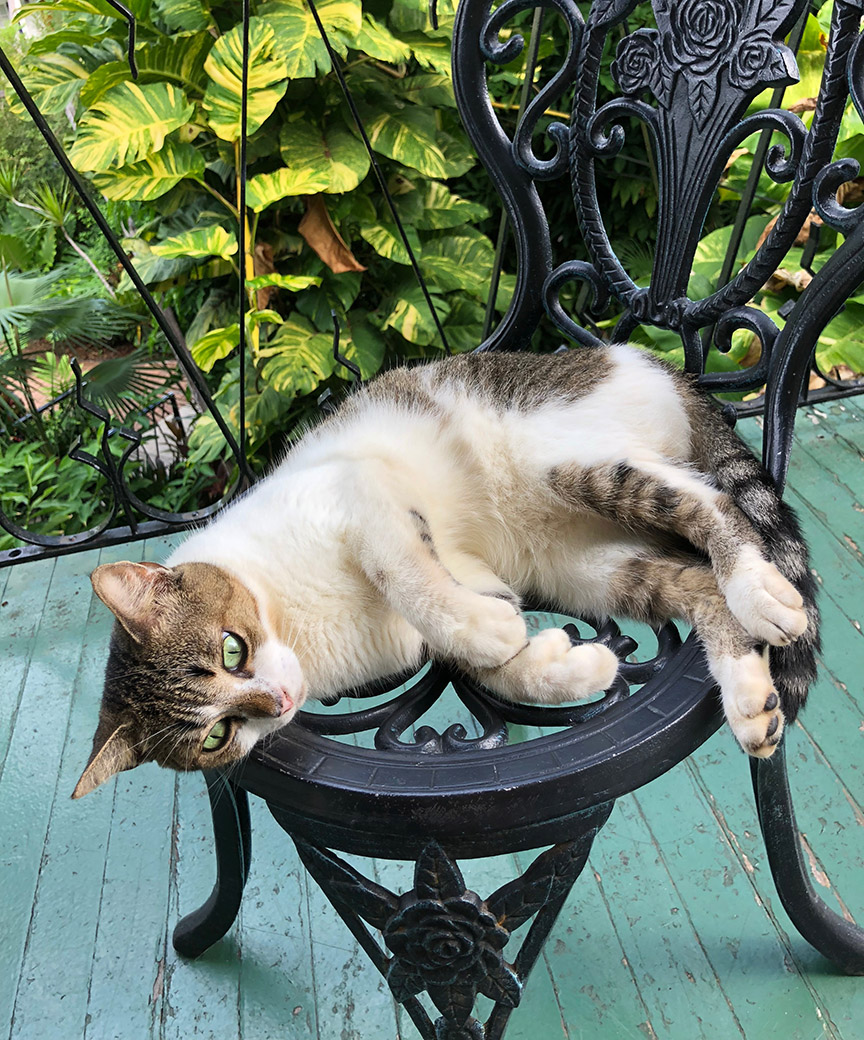 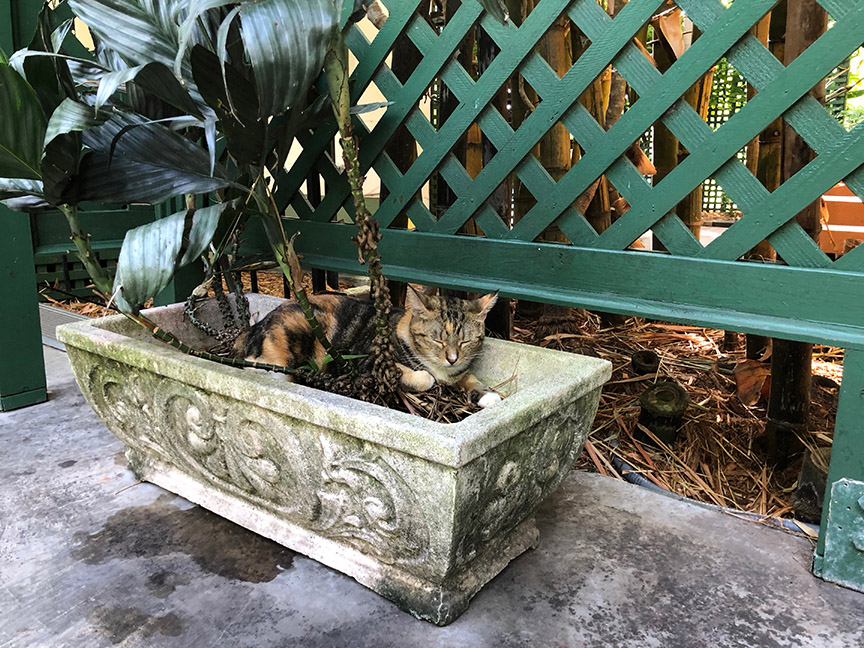 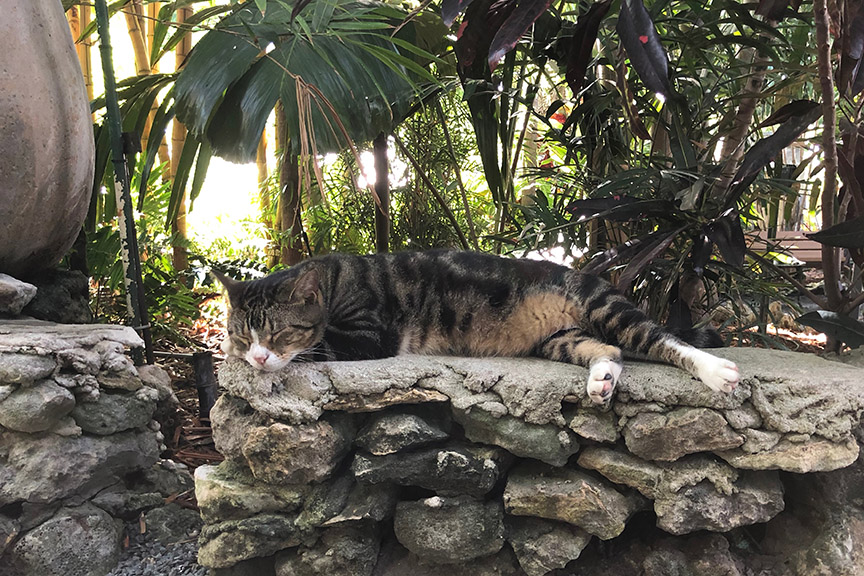 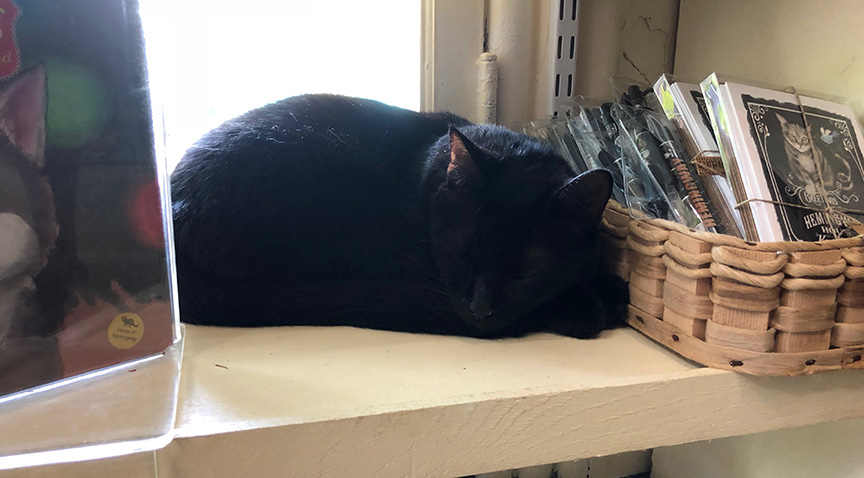 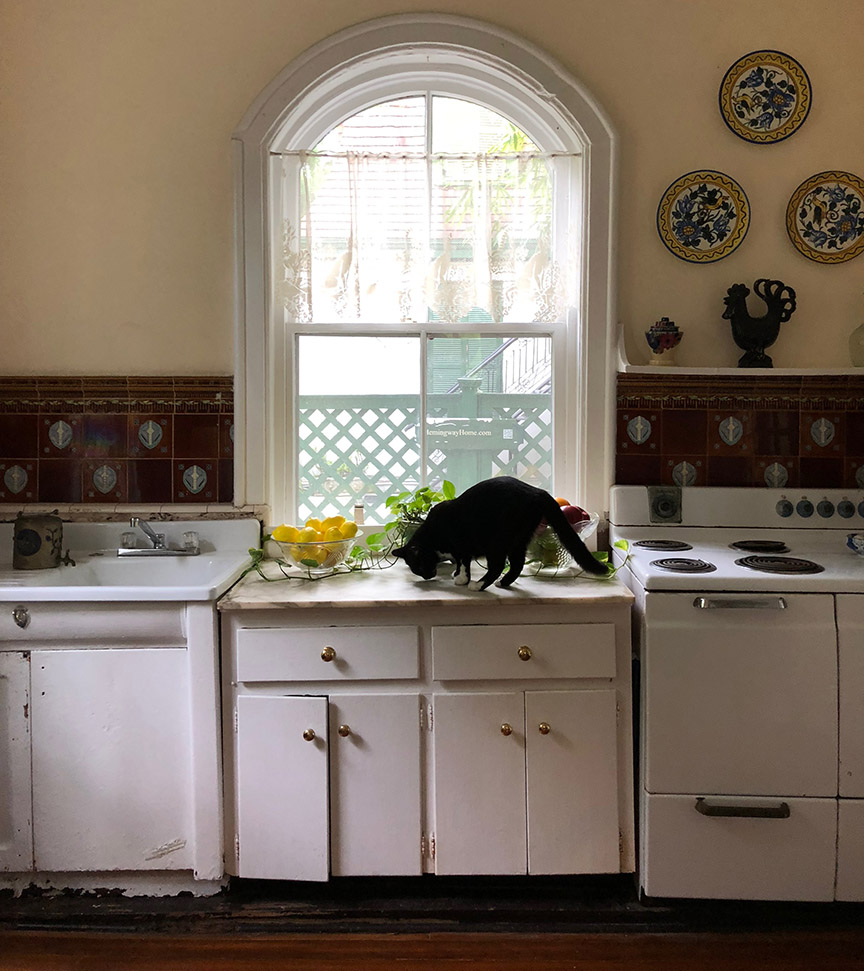 And the one who sort of stole the show for being the friendliest, the only one whose name we found out... Babe Ruth.  He climbed into MT's lap the second he sat down, and then tried to climb into my bag and go home with us. 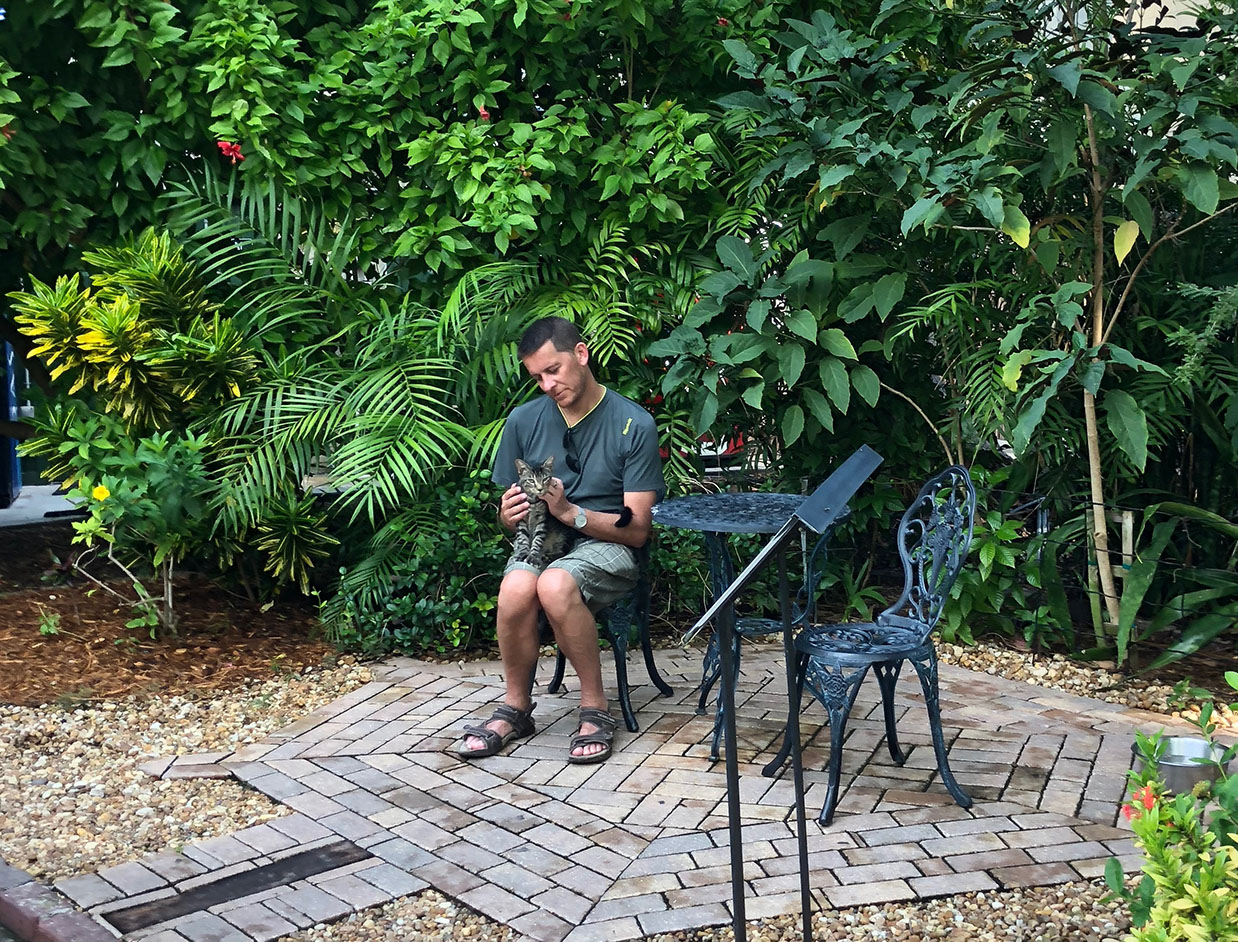 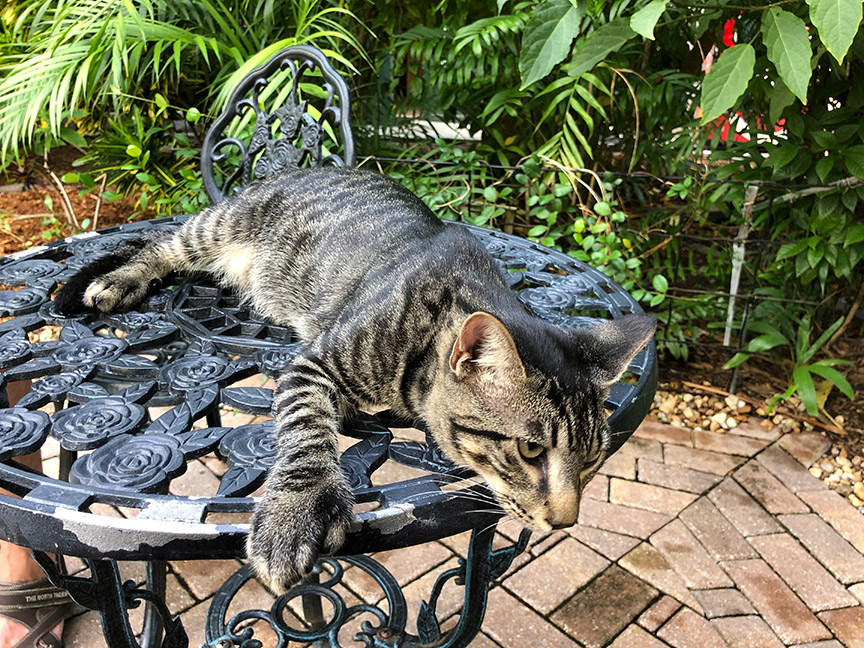 Spoiler alert:  We still have just 3 cats.  But if we could have, we'd have taken Babe Ruth home.  Total ham and attention hussy.