Just One Damned Thing After Another (The Chronicles of St. Mary's) 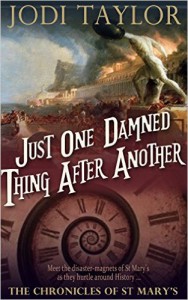 The tl;dr version:  This book was a lot of fun; almost nothing was taken seriously, even during the serious parts.  Not in a disrespectful way, mind you, but not a word was spared for angst or melodrama. BrokenTune called it a romp, and a romp is exactly what it is.

Given my outspoken dislike of science fiction and dystopia, it's probably no surprise that I generally dislike time travel books too, but something about the setting of St. Mary's (which I originally thought was a school and therefore that this book was more YA - could not be more wrong) and the characters pulled me in anyway.  The title probably helped too, giving me the impression that this was not a book that was going to take itself seriously.

And it doesn't.  St. Mary's is a post-grad version of Animal House and the dialog is mostly of the banter type.  Honestly, I loved it; if they never left the grounds I might have adored it, but they do leave and that's when everything goes very pear shaped.  If I were Max, I'd have refused to go so far as the front gates after the first 100 pages or so.  But every trip through time ends disastrously in furtherance of the plot (a series arc, by the way; this was never meant to be a standalone book).  The pace is fast and constant, the action packed in.  A total romp.

But, romp though it may be, this is not a book for the delicate.  There's a surprising amount of violence, death and sex.  Nothing descriptively graphic in detail; the death isn't gory (much) and the sex isn't explicit to the point of erotica, but they are both blunt enough to feel a tiny bit confronting at times, relative to the snarky, madcap adventure surrounding them.

This is not high falutin literature, but it's highly entertaining escapism.  The only thing I purely hated was the scene in the Cretaceous age.  The human race just sucks.  But I raced through the rest and I'll happily devour the next one. 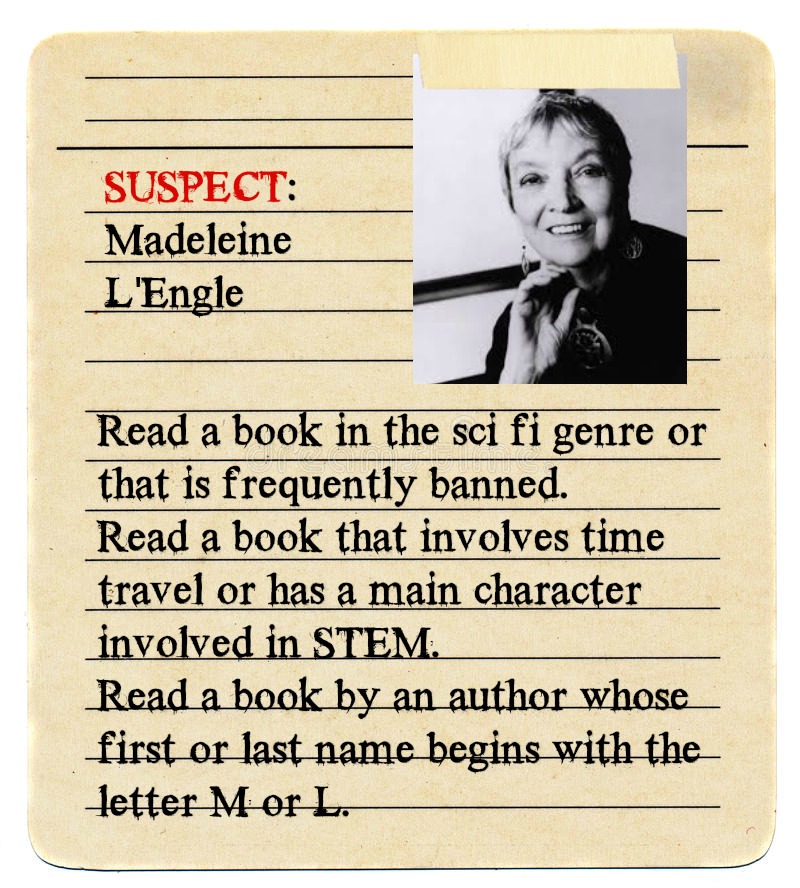 I read this as part of the Kill Your Darlings game, in fulfilment of the Suspect: Madeleine L'Engle card (Read a book that involves time travel or has the main character involved in STEM)