One of Our Thursdays is Missing (Thursday Next, #6) 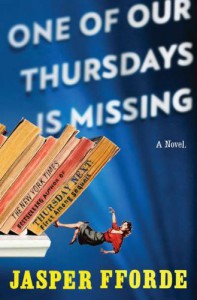 I'm conflicted about this book; I'm wavering between 3.5 stars and 4, so i'm going with 4,  out of respect to Fforde for his ability to so thoroughly and beautifully manipulate the English language and, for that matter, reality itself.

This book takes place entirely in the BookWorld, save for a chapter or two in the RealWorld.  The real Thursday is missing on the eve of peace talks between Racy Fiction and the rest of the Genre Fiction, with Racy Fiction threatening to launch 'dirty bombs' that will litter all fiction with badly written, graphic sex scenes.  The fictional Thursday Next is stuck in the middle: trying to keep her books running smoothly while avoiding a coup, investigating an unexpected book breakup that has left debris all over Conspiracy, and the Genre Council pressuring her to step up and impersonate the RL Thursday during the peace talks, all while trying to find out what happened to Thursday herself.

The BookWorld is my favourite part of the series, but this book starts off by documenting the rebuilding of the BookWorld, taking it from The Great Library model to a Geographic Model.  I understand the logic the Geographic model offers, as well as the myriad of problems it might solve for the writer (because now there's a describable environment between books), but I miss the library and I miss the Cheshire Cat!  He didn't even make an appearance in this book and the new model lacks that certain bookish atmosphere the never ending library afforded.  And nobody actually book jumps anymore - it's considered passé.  Hmph.  The cool way to walk from book to book now?  Walking.  Again I say Hmph.

Fforde also delves into the psychological quandaries of self a lot as book Thursday questions how much like the RL Thursday she is, or is she really in fact the RL Thursday but has somehow deluded herself into just thinking she's the book Thursday.  i don't like psychologically bent plots.  Fforde comes close to gas lighting the reader as much as he confuses his MC and I don't like unreliable or even possibly unreliable narrators either, so that dinged my pleasure a bit.  So did Pickwick being a character with decidedly un-dodo-like characteristics.  The real Pickwick's cameo wasn't heartening either; she was herself, but she was older.  Call me unreasonable, but if I'm reading a fantasy genre book, I want my heroines and their dodos to remain un-aged.

To summarise, it's better than the last book, but not quite on a par with the earlier ones.  Some of that is just my personal preferences so ymmv.  I found the writing excellent though and I did enjoy the story a lot; I just missed the regular cast of characters and am a little bid saddened that the adventures look to be slowing down, if the characters' ageing is anything to go by.

If there's a next Next book (had to, couldn't resist) I'm still going to read it, but it will be with equal parts trepidation and enthusiasm. 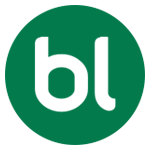 Book chosen by a BookLike friend